During the last few years, we talk about the “C++ Renaissance”. We have to admit that Microsoft was a major part of this movement, I remember this video where Craig Symonds and Mohsen Agsen talked about it.

In 2011 Microsoft announced in many articles the comeback of C++, and Microsoft C++ experts like Herb Sutter did many conferences to explain why C++ was back and mostly recommended the use of Modern C++. At the same time, the standard C++11 was approved and we began to talk about C++ as a new language.

By 2011, C++ had been in use for more than 30 years. It was not easy to convince developers that the new C++ actually simplified many frustrating facets of C++ usage and that there was a new modern way to improve the C++ Code.

For the C++ developers who do not yet switch to C++11, they can use clang-tidy to get suggestions on where they can modernize the codebase or try the CppDepend modernization feature. And here are the 15 features mostly used in the C++ open source libraries.

Let’s take as example  Folly released six years ago by Facebook, Folly is a large collection of reusable C++ library components that internally at Facebook are used extensively. And  here’s the motivations from their website behind  its utility:

C++11 introduces type inference capability using the auto keyword, which means that the compiler infers the type of a variable at the point of declaration. Folly uses  auto for almost all its variable declarations, here’s an example from its source code 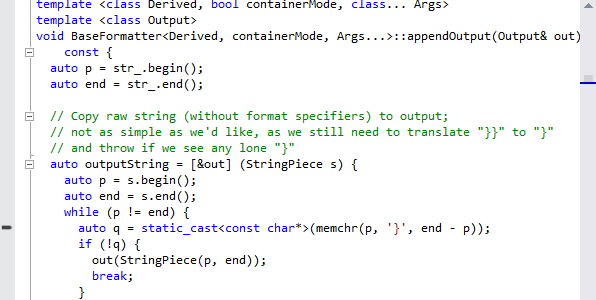 Using the auto keyword permits to spend less time having to write out things the compiler already knows.

In the Folly source code, all null pointers are represented by the new keyword nullptr, there ‘s no place where the constant 0 is used.

The smart pointer is not a new concept, many libraries implemented it many years ago, the popular one is boost::shared_ptr, what’s new is its standardization, and no need anymore to use an external library to work with smart pointers.

“Traditional” enums in C++ export their enumerators in the surrounding scope, which can lead to name collisions, if two different enums in the same have scope define enumerators with the same name,

C++11 introduces the enum class keywords. They no longer export their enumerators in the surrounding scope. Moreover, we can also now inherit from an enum.

Here’s a good document that explains better the benefits of move semantics.

Folly uses it in many functions, here’s an example from its source code: 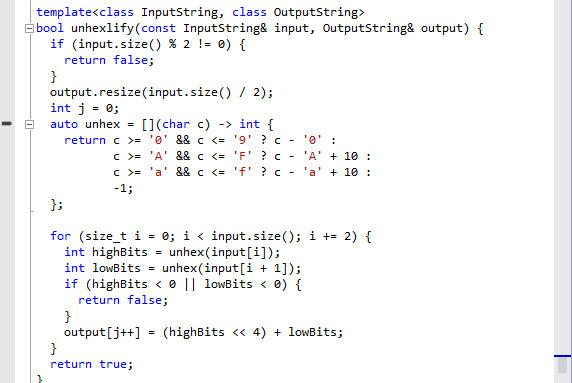 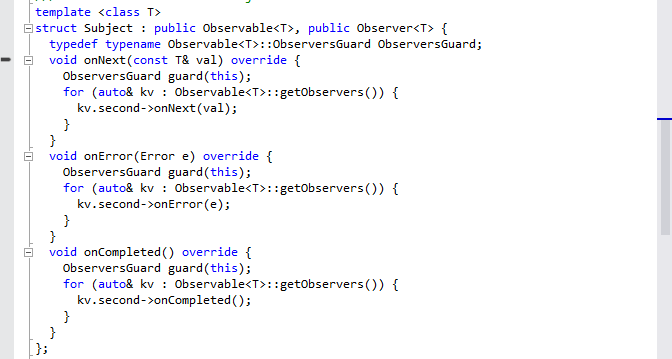 An unordered container is a kind of hash table. C++11 offers four standard ones: